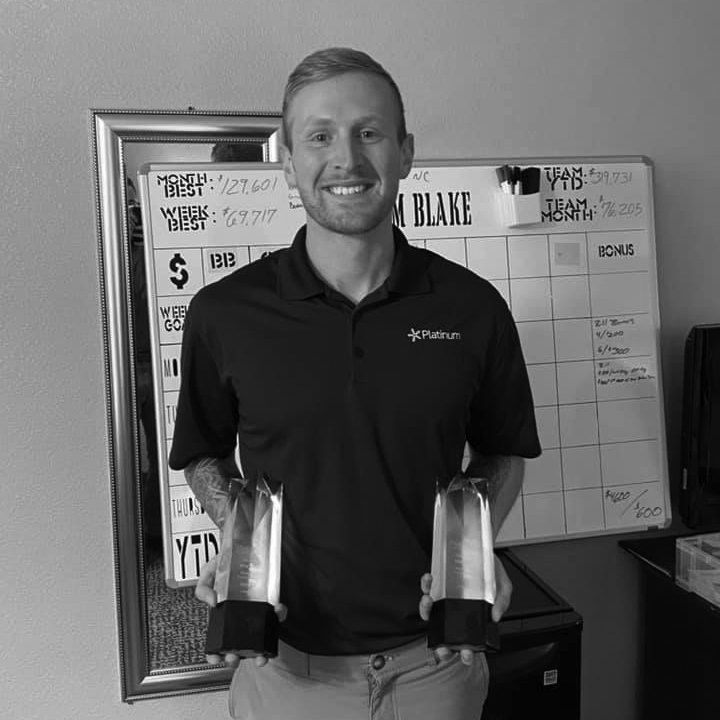 Thomas Marshall was referred to Platinum by a friend in February 2020. He previously worked on airplane parts for a large aerospace engineering company. After four months carefully inspecting the Platinum opportunity, he made the jump, and then things really took off.

Thomas has a long list of notable career achievements that include many personal records, third place rookie of the year in 2020 and advancement into sales leadership in late 2020, less than one year from his first day in the field.

Thomas credits his early success to the support of his hiring manager, team members and team leaders. “I don’t know if there’s much else they could have done to set me up to be successful,” Thomas says.

Thomas’ goal in his own leadership role is to help as many people as he can achieve success in much the same way he was supported.