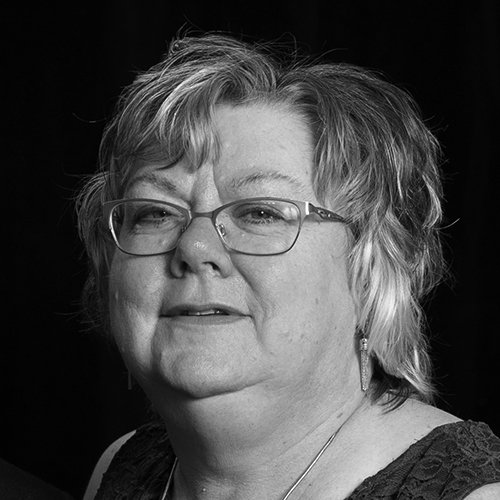 “I never thought that at age 62 I’d embark on a new career with unlimited potential.” That’s how Melinda Petersen describes the beginning of her Platinum career. Not many people plan to find a different job or start a new career just years before retiring, but for those like Melinda, the choice isn’t theirs to make.

Melinda had worked in corporate America for 32 years. During those years, she climbed the corporate ladder, leading teams of 12 to 300 employees. While at the top of her game, Melinda received devastating news: A small company had bought her department, and she was one of many being laid off in the transition.

Over the next eight months, Melinda applied to job after job, each time receiving feedback that her resume was impressive, but someone else was more qualified for the position. “I was too young to retire, so I had to keep searching for something to bridge the gap,” explained Melinda. As she scrolled through an online job board one day, she came across a post for a Platinum sales career. After deciding to apply, it wasn’t long before Melinda began her new career with Platinum.

“What I loved about interviewing at Platinum was that nobody cared about my age, gender or anything that didn’t have something to do with my past experiences or my ability to do the job.”

While the first week of Melinda’s Platinum career was nerve-wracking, she began to enjoy meeting new people each day and having the opportunity to help them. “Throughout the entire transition, the support I received from everyone at Platinum was phenomenal.”

One Thursday evening, early in Melinda’s career, she set an appointment with a truck driver at 9:30 p.m. Expecting to return to an empty hotel after the appointment, Melinda was pleasantly surprised when she arrived around 11 p.m. and found her entire team waiting to greet her. “That’s when I decided this career was worthwhile. I had never experienced that kind of team camaraderie before, even after all those years in corporate America.”

After a year into her Platinum career, Melinda no longer doubts herself or her abilities. “It’s a huge commitment, and it’s not easy,” Melinda explains. “But, when you’re out there helping others, it’s worth it.”

“This career gives you a satisfaction that I don’t think you experience often,” she adds. “It’s more than just a career—it’s a calling. It’s easy to get wrapped up in helping others and look forward to the next person whose life you might positively impact. It gives me a real sense of purpose and self-worth.”

The financial benefits of the Platinum career have impacted Melinda as well. Next year, she plans to tell her husband he can retire from his full-time job, giving him more free time to relax. Over the next three to five years, Melinda plans to purchase a retirement home to escape Iowa’s cold winters, and, when her Platinum career reaches its end, she’ll use her residual income to travel and enjoy her retirement years with her husband.

In the meantime, when Melinda isn’t out in the field selling, you can find her reading a book, quilting or tending her garden. While the 21-year-old rookies on her team may find her hobbies silly, Melinda doesn’t mind, because she knows her team is there to support her in the same way she provides support to them, and that’s what matters most.