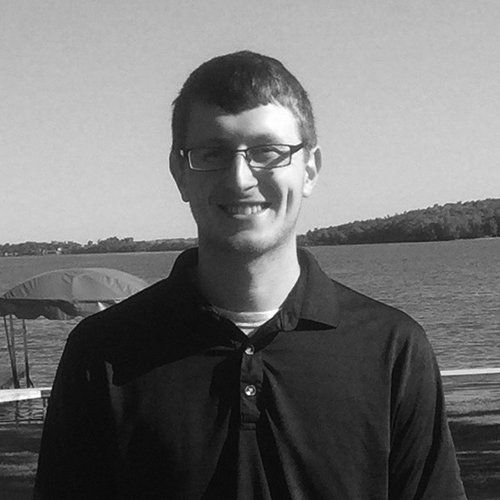 Jacob has always gravitated toward career paths that allow him to work and socialize with many people, previously working in marketing and then as an admissions counselor. When he and his wife relocated for her new job, Jacob saw it as an opportunity to capitalize on his social strengths and look for a better paying career in sales.

“The fact that it sounded like I would get paid for the work that I put in was the biggest reason that I came to Platinum,” Jacob said. “And, it didn’t really matter where we lived because I go wherever the job takes me.”

In his first 13 weeks with Platinum, Jacob became one of Platinum’s top performing rookies for 2020 and broke seven personal records. In addition to his new income, he earned $26,050 in bonuses—quite the way to start a new career. Looking ahead, Jacob aspires to move into leadership with Platinum and can also see his dream of owning hunting property as a real possibility.

What contributed to your fast success at Platinum?
I noticed early on that the more you put in the more you get out. So, I made sure I put in the full day, that I was getting to as many doors as I could and setting up as many appointments as I could. Also, making sure, before I even started, that my wife and I were on the same page about my being away from home for several days a week. I have less stress in this position than past jobs, but it is still a lot of hours.

What makes the Platinum opportunity unique?
This is a great company to work for that really appreciates your hard work. It was surprising early on how much income I could really make. And, really, the reason I stuck with it is because Platinum’s product is better than anything I’ve ever compared it to from other supplemental insurance companies. It’s nice that you know that you’re offering the best thing that you’ve ever seen, which makes it easier to sell.

What advice do you have for other rookies?
Practice your presentations—the initial contact and warm-up—even after you’ve been out there a couple weeks. Make sure that you’re reading your Guidebook. I did every weekend for the first couple of months. When you’re learning all the steps in the process, it’s easy to fall away in one portion, and that can really affect you. I’ve recovered from big slumps and it was the difference of changing one little thing that I had fallen away from without noticing.

Could this be you? Jacob’s success with Platinum is largely due to his own personal determination. If you also have an attitude focused on success, you can achieve remarkable personal and financial goals with Platinum. Apply now or call a Platinum recruiter at 1-855-816-0065 to learn more.