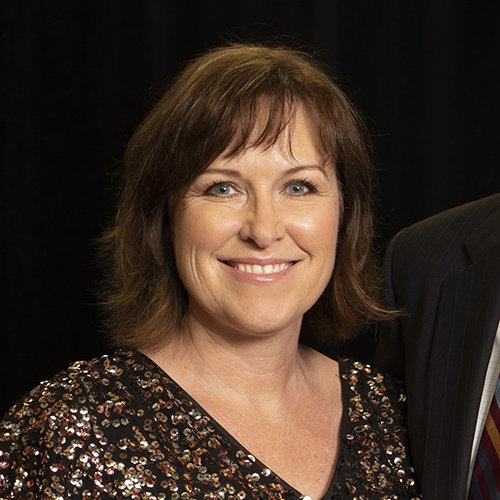 “Having the opportunity to connect with people who wanted to get to know me was something I had never experienced in my husband’s career before Platinum.” Randi P.

Randi and her husband, John-David, began their Platinum journey five years ago. While it took some time to adjust to their Platinum lifestyle, Randi finds fulfillment in the life they have built together and her role managing their household, walking the dog, and spending time with family and friends. Here, Randi shares how the couple have worked together to achieve success and their dreams with Platinum.

What were your initial thoughts when John-David began his Platinum career?

Transitioning from a salaried job with benefits to a career that required weekly travel with 100 percent commission was nerve-wracking. John-David had previously worked with another company for almost 25 years, so I thought he was going through a midlife crisis when he decided to work with Platinum. At first, I wasn’t entirely supportive of this new endeavor, but I quickly began to understand how real the opportunity was when we met other Platinum representatives and leaders.

What was the beginning of your Platinum experience like?

Our first year was tough. My husband wasn’t used to the travel, and I wasn’t used to him being gone Monday–Thursday. The commission was another concern, but as time went on, these uncertainties faded, and our Platinum lifestyle became our new normal. As we got to know other sales reps and their significant others, I began to feel like I was a part of the Platinum family. Having the opportunity to connect with people who wanted to get to know me was something I had never experienced in my husband’s career before Platinum.

How have you been involved in John-David’s career?

From the beginning, we have always considered John-David’s Platinum career a team effort. While he goes out to the field, I stay home and take care of household responsibilities. Now and then, John-David and I will invite new and prospective reps to join us for dinner, along with their significant others. We have always thought a rep’s support system must be 100 percent committed to the career, just like the sales rep, so meeting and sharing our story with them is a priority. Not many people have a lifestyle similar to those who work with Platinum, so explaining our experience and serving as a support system to people who are new to the opportunity can make a huge difference.

What initial goals did you have when your husband began his Platinum career?

Before Platinum, we didn’t have any goals. It’s like we were stuck on a hamster wheel, running around and around, just trying to get by. But John-David’s leaders kept encouraging us to set goals and dream. “You have to have dreams,” they told him, “and you have to talk about them.” So we began to relearn how to dream. We dreamed of paying for our children’s college tuition, of living on a lake and much more. Today, some of our dreams have become a reality, thanks to Platinum, and we continuously work to make new ones come true every day.

If you were talking to a couple and one of them was considering a sales career with Platinum, what kind of advice would you give them?

Just give it a try. No matter who you are or what your background is, if you give Platinum a try and follow their process, you can build a life for yourself that you might never have imagined possible. Many of Platinum’s current reps weren’t in sales before they found Platinum, but that hasn’t stopped them from reaching for their dreams and transforming their lives in incredible ways.