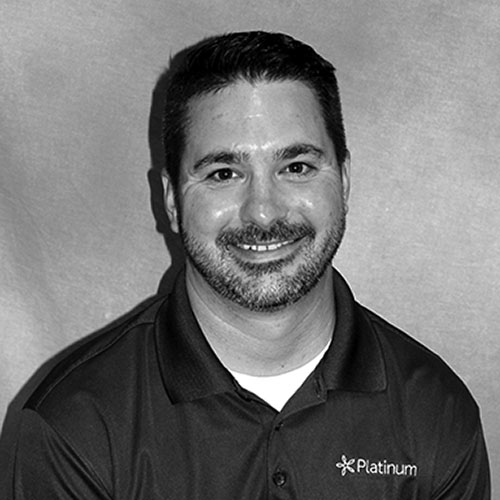 Josh is the proud father of three young boys, and, like any caring father, he strives to spend as much quality time with them as possible. But, Josh’s seven-day workweek was stealing his time and causing undue stress. Josh had been working at a car dealership for 14 years, and while he had worked his way up to a service manager role, Josh’s stress level began to rise to heights he could no longer handle.

A family member who worked at Platinum Supplemental Insurance reached out to Josh, telling him about a career opportunity with Platinum that might be a good fit for him. “She told me I didn’t need to know anything about insurance. I just had to be relatable and friendly.” Josh was intrigued and wanted to learn more.

“While it was scary to think about leaving a job I’d had for so long and take such a risk, the more I learned from those I interviewed with, the more I wanted to give the opportunity a try.” Josh quit his job as a service manager shortly after interviewing and began his Platinum career.

During his first few days as a sales representative, Josh struggled. “I wasn’t confident and didn’t consider myself a salesman,” Josh explained. But, about a month into his career, he visited the home of a current customer battling breast cancer. She hugged him and explained how her Platinum-marketed policy saved her farm. “That’s when it clicked with me—what we’re doing is providing financial freedom to people when they experience an illness or accident, so they can focus on getting better, not on how they are going to pay their bills. I realized I wasn’t just selling a piece of paper. I was selling peace of mind, comfort and stability.”

Even after his breakthrough, Josh couldn’t help but second-guess himself while away from his family during the week. “It’s hard to be away and miss out on my sons’ activities, but I learned to make time for phone calls at night and on breaks to help me stay in touch.” Josh takes advantage of the three-day weekends too, spending as much time with his family as possible.

“When I first started, I just wanted to be able to pay my bills. But now, my wife has been able to cut back her work hours, and my family has more financial freedom for activities and trips—which means even more quality time together.”

With the encouragement of his leaders and team members, Josh has become more confident in his abilities and isn’t so hard on himself anymore. “I now know I can do anything I put my mind to. And, while this is probably one of the toughest careers a person can experience, the benefits are endless. Joining the Platinum team was the best decision for me,” Josh explained. “I only wish I would have started the career sooner.”

Josh advises anyone considering a Platinum career to have an open mind. “Everything they tell you in the recruitment and training process can be hard to believe. When someone says you can make six figures in your first year while building long-term wealth through renewals, it is not a scam. It’s real. Just keep an open mind, work toward your goals and be patient. It doesn’t matter who you are or when you start, opportunities to earn advancements and income are endless.”