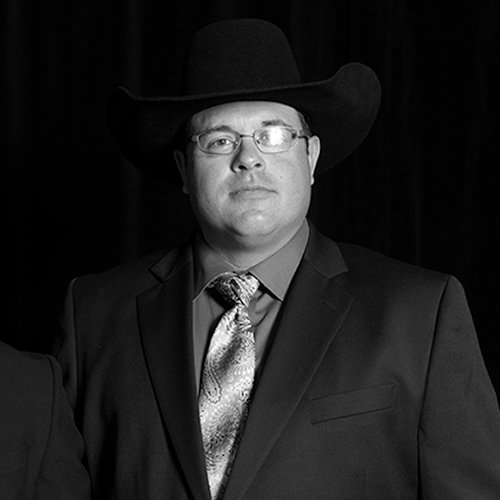 Career pathways don’t often take the form of a straight line from Point A to Point B. Instead, they seem to take us down detours and through scenic byways that lead us—sometimes unexpectedly—to the destination we’ve been striving for. Michael, a fourth-generation rancher, found himself turning onto an unforeseen career path in the fall of 2018, and, much to his surprise, is now closer to reaching his dream destination than ever before.

Michael had spent most of his life working on his family’s ranch and operating his own custom farming business. But, as the economy shifted, the family ranch began to downsize, and Michael wasn’t sure what his future would look like after the transition.

What Michael did know was he dreamed of owning his own cattle operation and that he excelled at being his own boss. As he browsed online career postings, looking for opportunities that might play to his strengths and help him achieve his dream, Michael applied to several positions, including the Platinum sales career.

When a Platinum recruiter called to chat with Michael about the career, his interest grew as he learned more about the opportunity—the income potential and the ability to manage his own day sounded like a good fit.

With nothing to lose, Michael decided to give the career a shot.

He spent his first week in the field training with Daniel, a Platinum leader who, like Michael, started his career with big dreams. And, thanks to the Platinum opportunity, Daniel now owns the ranch and cattle that he and his wife had envisioned for years.

It was hearing Daniel’s story that drove Michael to fully pursue the Platinum career, knowing there was a real possibility of turning his dreams into a reality, too.

“Once that first week was over, I thought, you know what, I can do this. …I’m all in. I sold the last little bit of my cows so I could fully concentrate on Platinum. Pretty much devoted everything, worked Fridays, just did everything I could to make this a reality.”

While the motivation to reach for his dreams came easy, going out and knocking on doors took a little more practice and several giant steps outside Michael’s comfort zone.

But, each step paid off. The more he knocked on doors and got to know the Platinum family and the products Platinum markets, the more confidence Michael gained and the more success he began to reap.

After four days of traveling and talking with new people each week, Michael loves going home on the weekends to his six kids. Whether they go horseback riding or practice roping over the three-day weekends, the extra quality time spent with his kids is valuable to a hardworking dad like Michael.

If you have a big dream like Michael’s that you wish to pursue, consider a Platinum career as the vehicle to take you there. Call a recruiter today at 1-855-816-0065, or hear more from other reps who have conquered their wildest dreams with Platinum.