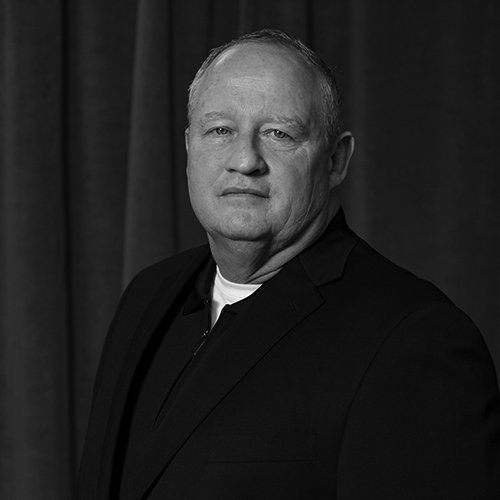 When Shawn started a moving company several years ago, he didn’t expect to be the one carrying couches up several flights of stairs. But when an employee didn’t show up for work one day, Shawn stepped in to help—a gesture that didn’t bode well for his aging body. These occurrences began to happen more frequently, and, one day, Shawn decided it was time to move on. It was time for a fresh start.

Shawn began searching for a career in insurance sales—an industry he worked in years ago. After posting his resume online, he received a call from Gretchen, a Platinum recruiter. Gretchen explained the Platinum opportunity and encouraged him to watch a short video overviewing the career. That was all it took for Shawn to embrace the Platinum opportunity.

“I could see right away when I watched that video that it looked like a company that appreciated their employees and what they do. And then, when I got here, I found out that’s exactly what is going on.”

The more Shawn learned about Platinum, the more he was impressed by the company’s leadership and values. At Platinum, everybody works—from the president down to the reps in the field. Even the vice president of sales rode in Shawn’s car for a full week, showing him how to talk with customers and make a sale.

Not only does everyone at Platinum work, but they do it with honesty and integrity.

“The company does everything it says it’s going to do. …With most companies, they paint this beautiful picture, and when you get there, you figure out that that’s not what it is. With Platinum, you get what you expect. You get what you were told.”

Even after leaving the field to grieve a son he lost several years ago, the values displayed by Platinum and the incredible financial opportunities drew Shawn back out to the field once he was ready.

When he returned, Shawn knew he had work to do. His bank account balance was down to $800, but he knew Platinum was his best opportunity to stay financially afloat.

Since returning to Platinum, everything has changed for Shawn. “I don’t have to worry about paying my bills or taking care of my family. That’s the biggest thing, you know. And, I can save some money and look to the future, especially with the residual income.”

Shawn says his success stems from Platinum’s level playing field. “It’s the most level playing field I’ve ever played on. Doesn’t matter if you’re tall or short, or fat or skinny, or white or black. None of that matters,” Shawn explains. What does matter is overcoming your fear and following the Platinum Process—a proven sales process designed to help reps achieve success.

When Shawn’s Platinum career began, his main goal was to pay his mortgage. But this level playing field gave Shawn the opportunity to aim for even bigger goals, like buying a lake house and paying off all his debt. He’s even able to focus on non-financial goals, too, like improving his physical health.

With Platinum’s typical three-day weekends, Shawn has time to walk trails at local parks and engage in fitness programs when he’s not spending time with his fiancé and kids. Shawn loves getting together with his sons to fix up an old car or attend a car show, and with his Platinum career, he has plenty of time to do it all.

Shawn is just one of many reps who have transformed their lives in a Platinum career. Read other life-changing stories here, and then, take the first step toward changing your own life by calling a Platinum recruiter at 1-855-816-0065.