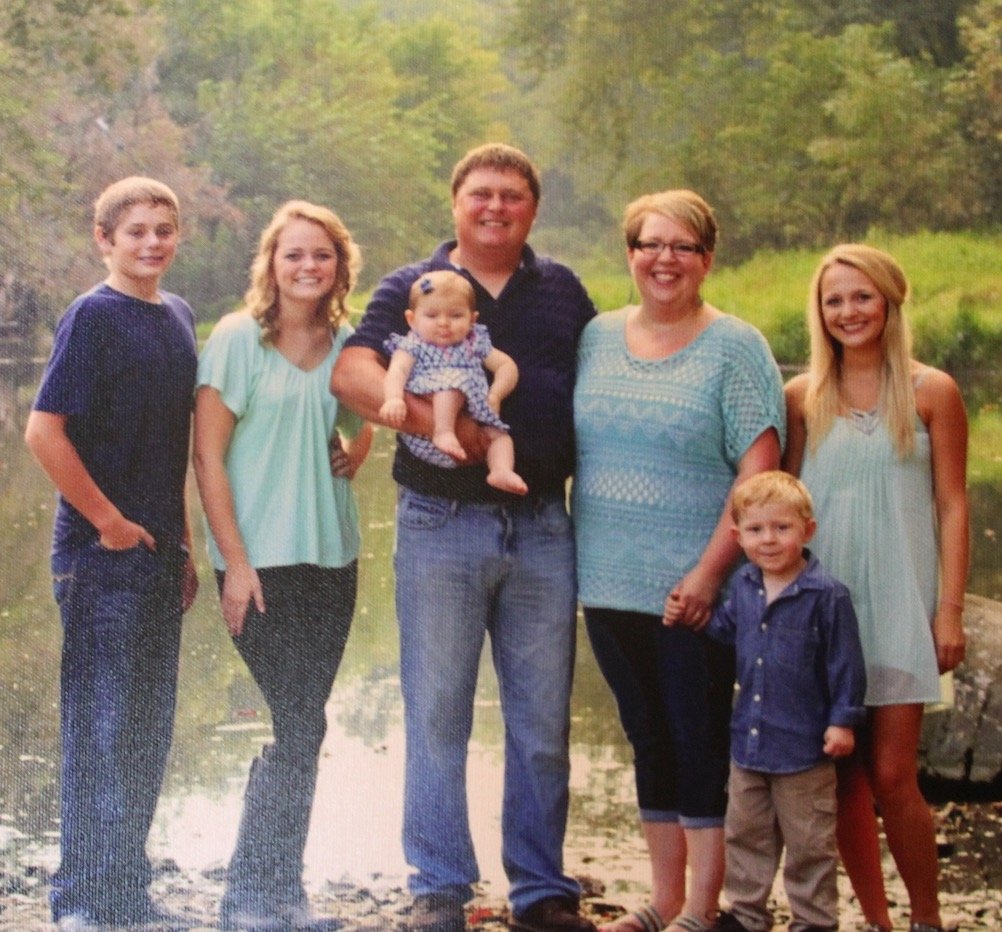 “I honestly don’t know what we would have done without having that supplemental insurance. I really don’t know where we’d be sitting right now.” Laura Miller

“It was a Tuesday. I remember that because I work at 11 a.m. on Tuesdays, and we had spent the morning picking up the living room. She was totally normal—crawling around, laughing, playing,” said Laura Miller.

But for Laura, her 7-month-old daughter Karlee, husband Jeremy and the rest of the Miller family, the next several months would be anything but normal.

“As usual, I dropped Karlee off at daycare and went to work. At about noon, I got a call from our daycare provider. She wanted to know if everything was OK with Karlee because she seemed a little off.”

After agreeing that Karlee might just be tired, the daycare provider resolved to keep her eye on it. Two hours later, she called Laura back and told her to come immediately—something was very wrong.

That was the beginning of a nightmarish chain of events for young Karlee and the entire Miller family. When Laura picked her up from daycare, Karlee was totally limp. The only thing she could do was move her eyes around—she just laid there. And she never cried.

Laura immediately took Karlee to the emergency room. They examined Karlee and technically could not find anything wrong. There was no fever, nothing to indicate there was any kind of problem—except that she wasn’t moving.

After the basic examination, they sent Laura and Karlee home, saying it was likely an ear infection and that she just needed some rest. When Jeremy got home that evening, they decided to take Karlee back to the ER. This time, they performed a CAT scan, X-rays, bloodwork and a urine test, and everything came back clear. They sent the Millers home once again.

“I was just sick,” Laura said. “It’s like, ‘what are we going to do?’ Clearly, something was wrong. We hesitated to even put her down, but we eventually brought her into our room with us.”

Going the Extra Mile for Answers

After a fitful few hours, the Millers decided to make the 70-mile journey to Rochester, Minnesota, to the Mayo Clinic.
The physicians at the Mayo Clinic first suspected spinal trauma, but after conducting an MRI, they detected the source of the problem—a little gray dot on her MRI. Karlee’s immune system had turned on itself and was attacking her spinal cord, which was why she couldn’t move.

The physicians suspected an initial infection or virus triggered the response, but after extensive testing, were never able to pinpoint the exact cause.

Karlee spent 10 days in the ICU with round-the-clock care. It was another 10 days in the hospital before she was discharged for extensive physical therapy at her local hospital.

Laura was able to stay with Karlee the entire time at Mayo because she had vacation time built up at work. Jeremy also took several days off but needed to return home after the end of the first week at Mayo. At the end of that initial week, Laura received a phone call from her co-workers—they had a gift for her.

Laura’s co-workers had pooled and then donated their vacation time to her—140 hours in total—so she could continue to stay with Karlee while she was in the hospital. It was an incredibly generous and meaningful gift, but it became evident early on that Laura was going to need to be with Karlee full-time for an extended period during her months-long recovery.

Focusing on Recovery, Not Expenses

During the long stay in the hospital, the Millers’ thoughts inevitably turned to how they were going to pay for all of this. Laura had good insurance through her job, but there were still going to be considerable out-of-pocket costs—not to mention all the missed work. But then Laura remembered that she and Jeremy purchased a supplemental insurance policy, marketed by Platinum Supplemental Insurance, just a few months earlier.

When a Platinum representative stopped by the Miller home in May 2015, Laura had already heard about the policy from a co-worker who had purchased it.

“I was very interested, but I told the Platinum representative, ‘You are going to have to talk to Jeremy and get him interested.’”
Jeremy agreed it was the right policy for their young, active family. With five kids, someone was always getting injured. But neither thought it would be their youngest who would take advantage of the supplemental benefits.

While still in the hospital with Karlee, Laura called Platinum’s customer service department to find out what she needed to do to file a claim. From that initial phone call, the Millers were assigned a dedicated customer service representative who helped guide Laura through the claims process with the insurance carrier.

Having their Platinum-marketed policy eased a tremendous burden for the Millers and allowed Laura to take three months of family medical leave from her job to be with Karlee through her extensive recovery and physical therapy.

“We never second-guessed anything because we knew we had that money to fall back on for paying bills,” Laura said. “I honestly don’t know what we would have done without having that supplemental insurance. I really don’t know where we’d be sitting right now.”

Nine months after the initial diagnosis, Karlee is doing very well and continuing to improve. She is now moving around and crawling again, and while Karlee is behind most children her age, all signs point to her making a full recovery.