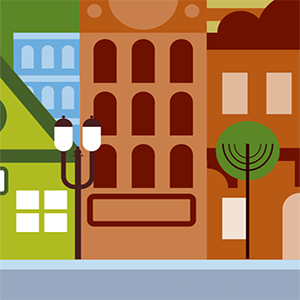 “In all honesty, without this policy, he probably wouldn’t have gone to the doctor.” Megan Bauer

Like many homeowners, Casey and Megan Bauer heat their Cresco, Iowa, home with a wood-burning stove.

On Aug. 22, 2015, Casey, along with his dad and brother, were preparing for winter by cutting down trees to split for firewood. That day, Casey experienced a very close call. After losing his footing, the chainsaw he was using slipped out of his hand and cut his knee. Luckily—very luckily—it was a deep, but relatively minor, cut requiring only four stitches.

According to Casey’s wife Megan, he was able to go back to his job as a mechanic at a car dealership right away after the incident.

“It was a big gash in his knee that needed to be sutured together, but it didn’t require any time off from work,” Megan said.

Both Megan and Casey had health insurance through their employers, so the majority of the costs for the injury were covered, but they were still responsible for some out-of-pocket costs. That type of medical expense for a young family with two kids can really throw a household budget off for a couple months.

Fortunately, just three months prior to the incident, they had purchased a supplemental insurance policy marketed by Platinum Supplemental Insurance. In fact, Megan says that if they wouldn’t have had the policy, Casey likely would have chosen to forgo treatment.

“In all honesty,” Megan confided, “without this policy, he probably wouldn’t have gone to the doctor.”

Having a supplemental policy ensured that Casey got the treatment he needed, while not incurring any extra expenses—and the extra cash might have even gone a long way toward helping with the winter heating bill.